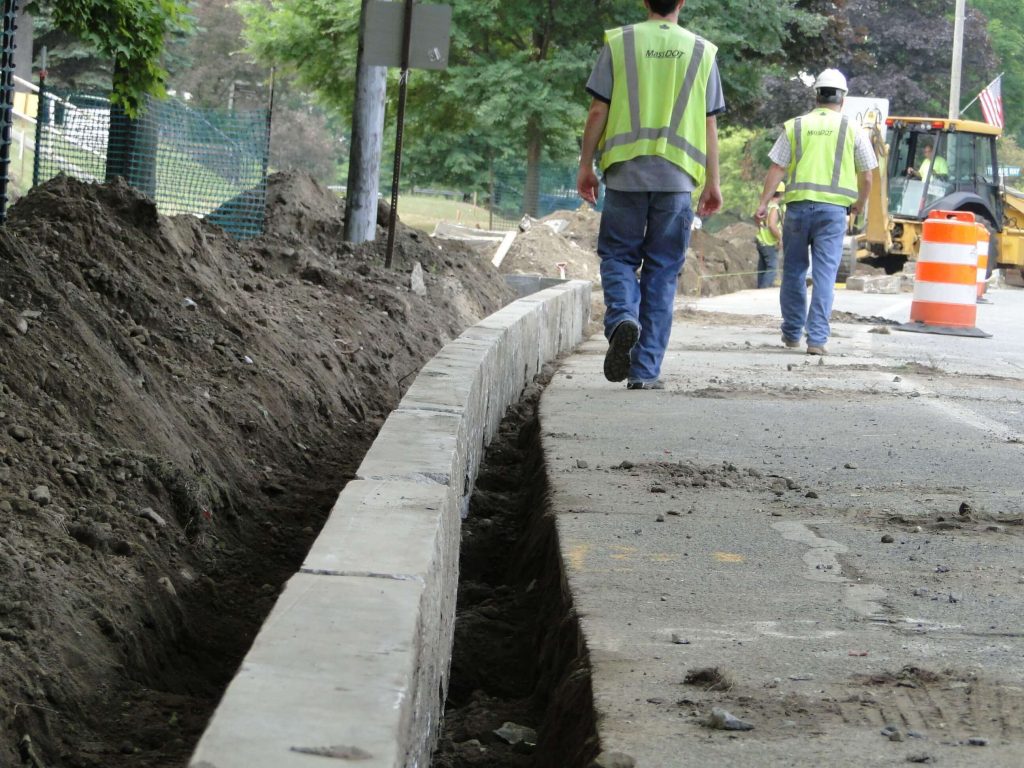 The System Condition section includes information on pavement and bridge condition in the Commonwealth. MassDOT maintains high quality inventory and condition data for bridges and pavements (along with other assets) in order to support full life-cycle management of transportation infrastructure. The data is used to understand current performance, identify targets for future performance, and inform MassDOT’s investment strategies to achieve a state of good repair for the transportation system in the Commonwealth. To learn more about asset management, see MassDOT’s Asset Management website.

A pavement condition measure is required by MAP-21, the FAST Act, and the 2009 transportation reform bill. However, reporting requirements vary by roadway type. Here, we report Pavement Serviceability Index (PSI) on interstate and non-interstate (MassDOT-owned) pavements for the last six federal fiscal years (FFY). PSI is a composite pavement condition index that considers the severity and extent of cracking, rutting, and raveling on surfaces as well as ride quality. It measures the conditions of the pavement from impassable to smooth. The PSI thresholds “excellent,” “good,” “fair,” and “poor” are different for interstate highways vs other state highways and are fully developed within MassDOT’s Pavement Management System. The condition thresholds for interstate highways are more stringent to support the higher speeds and volumes present on those facilities. Interstate pavement inspections are conducted annually, and non-interstate roads are inspected on a biennial basis.

The pavement repair includes lane miles that are in “fair” and “poor” (rather than “good” or “excellent”) condition. Out of 9,599 lane miles overseen by MassDOT, 25 percent (2,405) are on the backlog. In 2019, the backlog has decreased by approximately 390 miles (4 percent decrease).

MassDOT currently measures bridge condition in two ways. The traditional measure is the number of bridges in poor condition within the state. The second measure is specific to National Highway System (NHS) bridges and considers the condition of the network by the area of bridges in poor or good condition. These measures attribute the condition of each bridge to its size, as defined as the surface area of its deck, in order to account for the large variation in size across the inventory. These measures are valuable to inform capital planning, given the proportional investment required to improve structures based on their size. A bridge is rated as poor (previously known as structurally deficient) when the deck (driving surface), the superstructure (supports immediately beneath the surface), or the substructure (foundation and supporting posts and piers) are rated at condition 4 or less on a scale of 0-9. A bridge in poor condition does not imply that a bridge is unsafe. It does, however, mean that a structure is deteriorated to the point of needing repairs to prevent restrictions on the bridge.

Count Of Bridges In Poor Condition

Condition By Deck Area (NHS Only)

This measure consider bridge size when calculating bridge condition and are only applied to the National Highway System. Bridges are first grouped into good or poor condition states, and then the total area of bridges within each category is compared to the total area of the inventory. For example, the traditional “count” measure assigns the same significance to the Longfellow Bridge as any other. In reality, the Longfellow Bridge is 15 times larger than an average NHS bridge in the Commonwealth. All DOTs are required to report the percent of bridge deck area in poor condition, per the National Performance Program outlined in MAP-21. States with more than 10 percent of their total bridge deck area associated with structurally deficient NHS bridges are required to allocate a certain percentage of funds to the Highway Bridge Program until this share falls below 10 percent. From FY14 to FY17, structurally deficient deck area was consistently 16 percent or 17 percent, but this percentage fell to 13 percent by the close of FY19, meeting the target set for 2020. In FY20, the percentage of structurally deficient deck area remained steady at 13 percent.

Curb ramps are a critical infrastructure component to ensure accessibility. Failed or missing curb ramps are calculated using the baseline inventory conducted in 2012. Each year, the number is reduced as a result of the curb ramps that are added or updated. Whenever MassDOT is working on a resurfacing project, all pedestrian ramps are replaced, even those not in the inventory. To meet our obligation to develop an Americans with Disabilities Act (ADA) Transition Plan, MassDOT continues to reconstruct substandard curb ramps statewide. A 2012 inventory of all 26,000 curb ramps found 6,300 that were failing or missing. In FY20, the number of failed or missing curb ramps was 4,106.

MassDOT owns 1,296 miles of sidewalk across the Commonwealth. This means that approximately 30 percent of MassDOT owned, non-limited access roads have sidewalks. In the state as a whole, 26.5 percent of roadways have sidewalks. Environmental Justice (EJ) communities have 15.2 percent of non-interstate MassDOT road miles, and 19.4 percent of sidewalk miles. For all roads in the state, EJ communities have 15.9 percent of road miles, and 30.6 percent of sidewalk miles. As a part of the Statewide Pedestrian Plan, MassDOT developed an index of pedestrian potential, looking at trip demand, land use, and demographics. MassDOT owned roads were tagged as either high, medium, or low potential for walking for everyday short trips, and this categorization is intended to help MassDOT prioritize projects in the future. Looking specifically at medium and high potential roads, 69 percent of road miles are covered by sidewalk. An additional 5 miles of sidewalk would complete the high potential network.