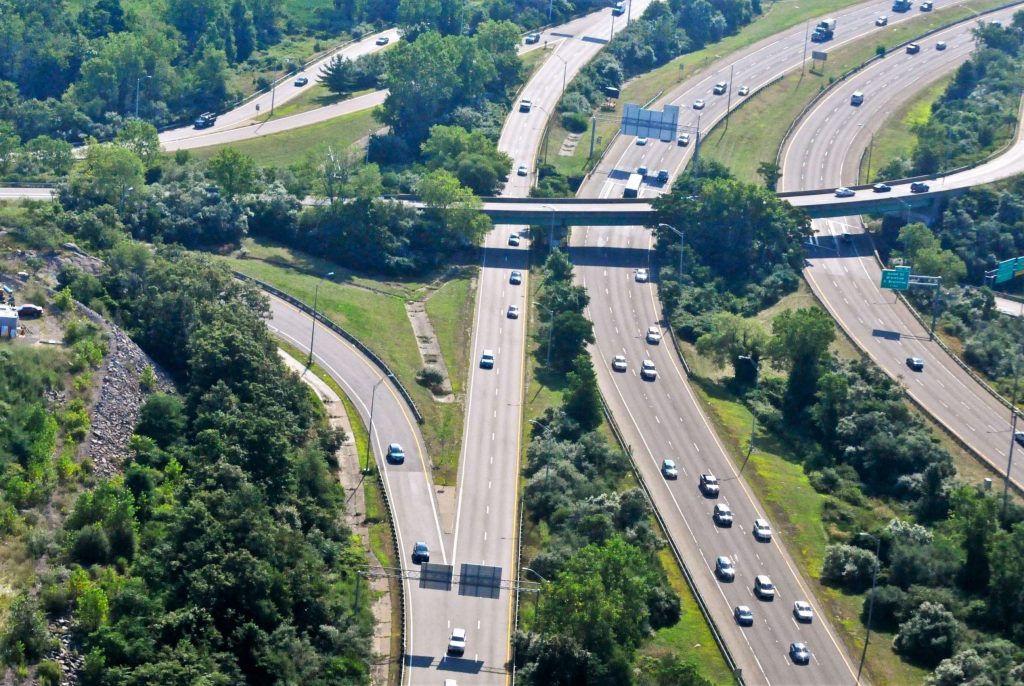 As residents and visitors travel across the Commonwealth to where they need to go, whether by transit, automobile, walking or bicycle, it is MassDOT’s goal that the trip is safe, convenient, and reliable. However, in recent years, congestion has become an increasingly pervasive issue in the Greater Boston area and areas across the state. Congestion affects travel times and reliability, and therefore the experience of those traveling in our state. The COVID-19 pandemic significantly changed travel patterns in the state, leading to a decrease in travel and congestion. However, as the Commonwealth has begun reopening, some of that congestion has returned. MassDOT and the MBTA are monitoring the situation and planning for a variety of recovery scenarios. A part of that planning process is adapting our roadways to support more transportation options to decrease single-occupancy vehicle trips. A few examples of such programs are the Shared Streets and Spaces grant program (MassDOT grants for municipalities looking to improve plazas, sidewalks, curbs, streets, parking areas, and other public spaces in support of public health, safe mobility, and renewed commerce) and rapid recovery bus lanes (accelerated efforts to implement up to 14 miles of bus lanes throughout Boston, Chelsea, Somerville, and Everett).

MassDOT’s goal is to provide transportation options to give people access to opportunities and to where they need and want to go. Additionally, MassDOT’s goal is to help make modes of travel with social, health and environmental benefits available and attractive. One of the ways we can track our progress towards these goals is by looking at mode share – the percentage of trips taken in the state by the various transportation modes. MassDOT’s goal is to increase the mode share of people using sustainable modes of travel. In this past year, MassDOT acquired access to a new data source, Streetlight, which uses Location Based Services data to help us understand mobility patterns across the state. There are some caveats with the data, but in general, it is the first time that MassDOT has been able to calculate and report a mode share number that accounts for all types of trips, not just commute trips. Overall, Streetlight data shows that approximately one-third of all trips taken in Massachusetts are taken by bicycling and walking. The Statewide Pedestrian Plan defines a short, walkable trip as a trip under a half-mile, and 95 percent of short trips in the state are taken by pedestrians. The Bicycle Plan states that an everyday, bikeable trip is one that is six miles or shorter for commute trips, and three miles or shorter for non-commute trips. Today, less than 1 percent of trips between a half-mile and three miles are taken by bike, and only .5 percent for trips between three and six miles. To meet our goals for reducing emissions and improving public health, MassDOT is working to make sustainable modes comfortable, convenient and safe for people to have in lieu of driving single-occupancy vehicles for short trips.

There are currently two primary issues with this mode share measure. The first is that Streetlight data does not yet differentiate transit travel – a key mode in the Commonwealth. Tracker 2021 should include an update to this measure that accounts for transit. Second is that Streetlight likely overestimates pedestrian travel in the way that people typically think of a “trip.” In the data, if a person takes multiple modes for a trip, it’s broken up into two trips taken on two different modes. While this leads to a much higher percentage of trips taken by pedestrians than one would expect, it does reflect a key truth of mobility: everyone is a pedestrian for at least some portion of most trips. You have to walk from your car once you park at your destination, or walk to the train station, or you may park your bike and walk between multiple stores to run errands. While we may not typically think of those as trips, it’s important that we plan for those moments so that roadway users can be safe and comfortable at all times.

The time it takes Massachusetts residents to travel to work is the outcome of many factors, including roadway congestion (which itself is the product of economic conditions and infrastructure capacity); land use patterns that influence where residents live and work; and the travel modes that people can choose from. While many of these factors are outside of MassDOT’s direct control, average commute time is a useful indicator of how efficient the entire transportation network is. Because this measure is situational, MassDOT has not defined an optimal commute time; a downward trend is desirable (from the standpoint of the health of the environment and quality of life for residents), but the average commute time has steadily increased for the past five years. The most recent estimate for the average commute time for the state is 29.7 minutes, although commute times vary across counties. The longest average commute is experienced by residents of Norfolk County, at 34.2 minutes, and the shortest (of non-island counties) is experienced by residents of Berkshire County, at 19.9 minutes.

The American Community Survey (ACS) is the annually updated data source available for average commute time. The ACS surveys a sample of the US population on a range of topics each year, including average commute time overall and by mode. These data, reported by calendar year, allow us to track annual trends. This measure shows how commute times vary by mode choice. On average, public transportation commuters spend the most time traveling to work. Most research indicates that approximately 15-20 percent of trips made are for work. The overall primary mode share of commute types for the Commonwealth is as follows:

While a person’s mode choice is determined by numerous factors, MassDOT can impact some of the variables that affect the commute mode choice decision. For example, improving reliability and frequency of key public transit routes could compel more people to choose public transit over driving, which in turn decreases congestion. The ACS data is released on a year delay and does not reflect the increase in telework that occurred in 2020. This means that the uptick in telework that resulted from a pandemic will significantly affect our commute mode split next year. As the Commonwealth is recovering from the pandemic, we continue to monitor how major employers are handling the reopening of their offices and the potential impacts this will have either on the percent of people working from home or the mode they use for their commute.